David Morgan, PhD, is a lifelong student of the history of science. He owns hundreds of books on the subject, some dating back to the 17th century. The collection documents the lives and work of people driven by curiosity – people who, like Morgan, love science for its own sake. 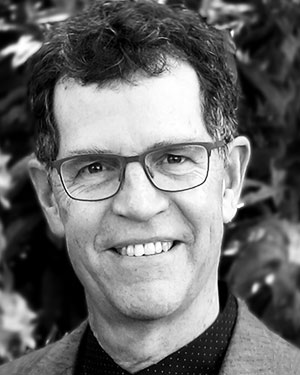 “What I seem to have in abundance is curiosity,” he says. “I love to figure out how things work. That has driven me throughout my career.”

Morgan serves as vice dean for research in the UCSF School of Medicine and the Jack D. and De Loris Lange Professor of Physiology. Now he’s being recognized as a UCSF Graduate Division Distinguished Alumnus of the Year, a poignant recognition because it comes from his peers and from the institution where he’s spent decades.

“UCSF has meant so much to me over the years,” he says. “It’s nice to be recognized as part of its history.”

Born in Prince Albert, Saskatchewan, Canada, Morgan moved to Calgary with his family at age 10. His mother was a public health nurse, which inspired his interest in medicine and desire to have a positive impact on the world. His father was an airplane mechanic, which influenced Morgan’s love of taking things apart to see how they work. “I’m a mechanic with proteins instead of airplanes,” he says.

He also gives his teachers credit for sparking his love of science, particularly chemistry. “A blend of all these things pointed in one direction: science,” he says.

At the University of Calgary, Morgan earned a bachelor’s degree in animal biology. He particularly enjoyed studying endocrinology and cell regulation – how hormones and cells communicate with one another in response to external stimuli. He decided to pursue a PhD in endocrinology and chose a program using the best tool he had on hand: a book.

“The university library had a thick volume of graduate programs, so I flipped through them, spotted UCSF, which I’d never heard of, and applied. I didn’t apply anywhere else,” he says. Luckily, he was accepted. “Forty years ago this September, I drove across the bridge, saw San Francisco, and knew this was a special place. I’ll never forget that moment,” he says.

It was a boom time for science in the Bay Area. Cloning and DNA manipulation had just been developed, and many UCSF scientists were on the leading edge of genetic technologies.

Morgan landed in the lab of Richard Roth, PhD, who soon moved to Stanford University. Morgan followed him there, staying enrolled at UCSF but driving to Palo Alto daily for three years to study the biochemistry of insulin receptors on cell surfaces.

Next came a postdoc position in the lab of William Rutter, PhD, UCSF professor emeritus, who was a leading figure in the blossoming biotech sector and a co-founder in the late 1960s of the UCSF Department of Biochemistry and Biophysics. Though Morgan spent 80 hours a week for the better part of a year in Rutter’s lab, he calls that demanding time of learning molecular cloning technologies “a spectacular experience.”

A second postdoc role was spent with Nobel laureate Harold Varmus, MD, a pioneer in the study of genes that play a role in cancer who was a UCSF faculty member for two decades before becoming director of the National Institutes of Health in 1993. Under his tutelage, Morgan studied protein phosphorylation and the proteins that regulate growth and division, to better understand out-of-control cell division, a hallmark of cancer development.

Morgan’s postdoctoral work led him to the cyclin-dependent kinases (CDKs), newly discovered and fundamentally important enzymes in cell division, and he found a direction for his own lab. “I realized I could spend the rest of my career studying CDKs,” he says. “It was a deceptively simple molecule that ended up being immensely complex. I’m still working on it 30 years later.”

One of the tools of his trade was yeast. “Using budding yeast as a model cellular organism is handy because it divides in 90 minutes,” Morgan says, noting that his lab often smells like freshly baked bread. “All advanced organisms have CDKs, and there are a lot of things you can do to a yeast cell that you just can’t do in complex organisms.”

This knowledge has huge relevance to cancer and many other diseases, but translating his findings into clinical applications is not Morgan’s driving force. “I’m not terribly affected by applications of what I do, and maybe that’s a bad attitude,” he says. “But I’m the same way in many aspects of my life. I try to do things for the purest reasons possible.”

On the other hand, he says, “I do want to study important problems.”

One significant way he’s contributed to overcoming important problems has been by holding leadership positions. He served for many years as director of the UCSF Tetrad Graduate Program, a leading training program in cell biology, genetics, and biochemistry.

In 2017 he became vice dean for research. His peers say he was the perfect person for the job.

“Since taking over duties as vice dean for research, he’s been a really strong advocate for the basic research community. This wasn’t really a surprise, though, because he has always been incredibly community-minded,” says Dyche Mullins, PhD, UCSF professor of cellular and molecular pharmacology and Morgan’s lab neighbor for the past 20 years. “He’s a desert-island colleague – meaning, if I had to pick someone at UCSF to be stranded with, it would be Dave. He has a wry sense of humor, he never gets flustered, and he's a fantastic person to talk science with.”

“I hope I’ve raised consciousness about the value of basic science across UCSF,” Morgan says. “We have about 700 graduate students in basic science, and in some ways, I think they’re the glue that holds the whole scientific enterprise together.”

The COVID pandemic tapped into Morgan’s leadership experience and his knowledge about what scientists and trainees need to be supported and successful, even during shutdowns and social distancing. It’s been a year of long hours and numerous challenges, but the pandemic has redoubled Morgan’s love of science.

“I believe so strongly in the fundamental stuff of science and the great discoveries that are routinely made by people who aren’t necessarily concerned about an application down the road,” he says. “mRNA vaccines like the COVID vaccine are a beautiful example. mRNA was first discovered in the 1960s, and for decades, basic scientists have been learning about its behavior and mechanisms.”

A Measure of Fame – and Family

During his time in Rutter’s lab, Morgan met his future wife, Marianne, who was a visiting scholar from Sweden studying pharmaceutical science. She is now a pharmacist for Kaiser Permanente.

They have three children, a daughter who is a marine biologist and twin sons, both of whom are computer scientists. The family spent many summers in Sweden, and Morgan spent a sabbatical there to work on his textbook, The Cell Cycle: Principles of Control. He’s also co-author of Molecular Biology of the Cell, the No. 1 cell biology textbook in the world, soon to be in its seventh edition.

He’s received numerous other honors, including a UCSF Outstanding Faculty Mentorship Award. But perhaps none was as meaningful for this historian of science as being elected as a Fellow of the Royal Society in 2012. As part of the award ceremony, Morgan signed his name in the same book that Isaac Newton signed at his own induction 340 years earlier. “For me, that was the most amazing moment,” Morgan says. 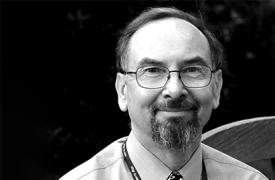 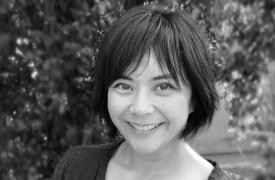 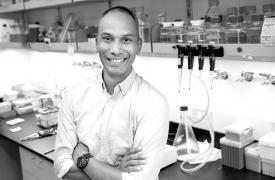 Help support scholars as they follow their curiosity in science.
Make a Gift