As a child, Claudio Villanueva didn’t just play with his toys. He dismantled them to see how they worked, even though he wasn’t always able to put them back together again.

It’s no wonder he became a scientist.

“In science, we’re creating new knowledge, exploring, going into the unknown,” he says. He now heads a biochemistry lab, where every day he gets to dive deep into the mechanics of metabolism and fat-cell development and investigate how they relate to physiology and disease.

Born in Nicaragua, Villanueva moved with his family to Southern California at age 9. He thought he would become a dentist, like his dad, and worked in the family practice as a dental assistant. But at California State University, San Bernardino, a tiny frog changed the course of his career. In a biology lab there, he became fascinated by the northern leopard frog’s intriguing ability to regulate sodium uptake through its skin.

I learned a ton in [UCSF mentor Robert] Farese’s lab.I learned how to do the science and [how to] explain why it’s important and interesting.

“I had to understand the molecular mechanism behind this process,” he says. “In dentistry, you can identify problems, intervene, and have a positive outcome. But I pushed toward a PhD program because I wanted to be constantly learning.”

Helping the next generation

Villanueva chose UCSF because of its revolutionary work in molecular biology. He wanted to study metabolism and its connection with diabetes – particularly type 2 diabetes, which is prevalent in Latino communities – and joined the lab of Robert Farese Jr., MD, resident alumnus, and a UCSF professor of medicine and of biochemistry and biophysics.

“I learned a ton in Farese’s lab,” Villanueva says. “I also learned how to talk about science, how to develop graphics, how to present at seminars. I can now do the science and also explain why it’s important and interesting.”

After a postdoctoral fellowship at UCLA, Villanueva joined the faculty at the University of Utah, where he also serves as faculty adviser for the Society for Advancement of Chicanos/Hispanics and Native Americans in Science. The chapter he oversees holds seminars where faculty from diverse backgrounds mentor young scientists and talk with them about career trajectories.

“It’s a chance for college students to see someone who looks and sounds like them and has been successful,” he says. “I also get to pass on the lessons I learned at USCF about the importance of communicating science.” 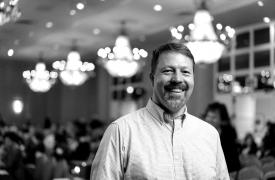 A role model for openly gay students in science 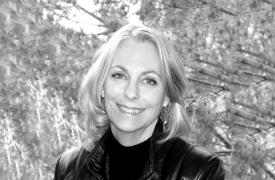 From secretary to scientific standard-bearer

Help to ignite curiosity and support the next generation of scientists, teachers, and healers.
Make a Gift