Pamela Alston, DDS ’82 : A doctor for her community

Dr. Alston became the dentist she never had, determined to treat her patients whether they were refugees, immuno-compromised, or behind bars.

A beautiful smile was a feature few possessed in the rough Emeryville neighborhood where Pamela Alston, DDS ’82, grew up. Everyone she knew – herself included – had gaps in their teeth, no matter how old or how young.

It wasn’t until her early 20s that Dr. Alston learned about brushing and flossing and realized she might have kept her teeth if the dentist who extracted her molars had instead shown her how to care for them.

“I decided then and there I would be the dentist I never had,” she says. “I was angry because I had a mouthful of fillings, and I had missing teeth. I decided if there was anything I could do to help my community, it would be to treat their teeth.”

The journey to becoming a dentist was neither smooth nor straight. But Dr. Alston, who grew up as one of nine children, was armed with her mother Ruby Arbuckle’s belief that she could be anything she wanted. Returning to her neighborhood after she graduated from UCSF, Dr. Alston discovered that many of her peers were in prison, so she followed them to Glenn Dyer Detention Facility in Oakland and to Santa Rita Jail in Dublin.

“It was humbling. At first, I thought it was them, and it was me,” she says. “But one day, an inmate came in, in waist chains, ankle chains, and handcuffs – he was my cousin. It helped me see that it wasn't them and me. It was us.”

Everyone who recognized her was proud when Dr. Alston stepped behind bars and told them to open wide. “They didn't begrudge me for making different choices,” she says. “I rode the same bus they rode, shopped where they shopped, attended the same church. Physically my life didn't seem to change, but now I was a doctor for their community.”

And that is why Dr. Alston was chosen to represent The Compassionate, her empathy for her patients – wherever she finds them – knows no bounds.

Determined that the children she treats grow up with their smiles intact, Dr. Alston has relied on scientific literature to steadily lower the age when she treats youngsters. She began treating 6-year-olds, then 5-year-olds, then 4, then 3, and now she partners with parents to prevent cavities in toddlers. Scooping decay out of the teeth of a wiggling, crying child and packing in fluoride-releasing fillings is one of her toughest procedures. But some day, when the formerly screaming children are brushing their pearly whites, they will thank her.

Even as she cares for her patients as director of the Eastmont Wellness Center in Oakland, Dr. Alston has kept her hand in academia as a UCSF associate professor. A natural teacher, students gravitate to her, especially young women.

“Whether they're from India or Guatemala or East LA or wherever, when I read their statements, I see they have the same backgrounds as me,” she says. “Seeing myself in them is a career highlight. It means that when I retire someday, they'll be doing what I'm doing.”

The UCSF Campaign Alumni Awards, inaugurated in 2018, recognized 12 outstanding UCSF alumni for work that aligns with the three grand challenges of UCSF: The Campaign. 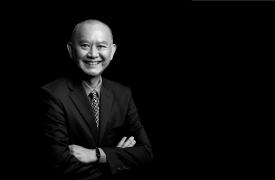 Taking care of people, one tooth at a time 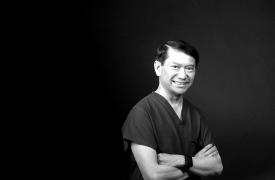 Educate the next generation of curious and compassionate dentists.
Make a Gift