From the banks of Vietnam’s Mekong Delta to the hills of UCSF’s Parnassus campus, alumnus Randal Tanh Pham, MD, traveled a long, hard road to realize his dream of becoming a doctor.

When he applied to UCSF, he aspired to be a brain surgeon or cardiologist. However, his physician grandfather, who lost his eyesight later in life because of cataracts, tried to persuade him otherwise.

“Being blind was terrible for him,” Pham recalls. “When I was 8 years old, I would buy the newspaper and read to him.”

Pham arrived in the US as a teenage refugee who spoke very little English. A few years later, discipline and determination got him into UC Berkeley. After pre-med, he applied for medical school at UCSF.  His grandfather encouraged him to pursue ophthalmology.

“The eye seemed so little,” Pham says. “I was not that interested.”

Nevertheless, when Pham took a class in ophthalmology he liked it. In his third year as a medical student, Pham went to do research at the Francis I. Proctor Foundation for Research in Ophthalmology, which is where his passion for preventing blindness began.

After finishing his residency and a fellowship in ophthalmology, Pham developed a technique to ablate eyelashes using laser treatment and became a pioneer of laser surgery of the eye and its surrounding structures. In 2002, he received the Best Clinical Science Award from the American Society for Laser Medicine and Surgery.

In 2017, Pham published a landmark paper that provided the first practical step toward eliminating blindness using intraocular technologies, by combining the use of lasers for treating the front of the eye with lasers for finding the healthy part of the retina in the back of the eye.

This year, Pham produced another seminal paper, published in Ocular Surgery News, that describes the findings from four patients treated using this technique. Now working with a fifth patient, Pham says the outcomes so far have been positive, with some patients reporting that they see even better than they did before losing their sight.

Pham’s bold ambition is to help blind people around the world regain their sight. With 1.8 million people in the US afflicted with advanced macular degeneration, Pham’s technique has the potential to improve the lives of many people. It’s easy to understand why he was named one of The Innovators in UCSF: The Campaign Alumni Awards 2018.

“I have been fortunate in my life to meet so many incredible mentors who trained me on the back of the eye,” he says. “This work of restoring sight is not just my efforts, but the efforts of so many other people coming together as well.” 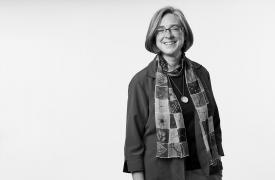 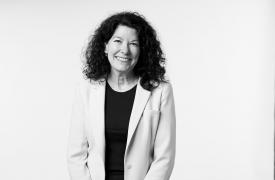 Help to support the next generation of health science leaders.
Make a Gift