In 2014, outside of the UCSF Parnassus Campus Library entrance, students donned their white coats, laid down on the ground, and closed their eyes or held hands.

In 2014, outside of the UCSF Parnassus Campus Library entrance, students donned their white coats, laid down on the ground, and closed their eyes or held hands. Among them lay Nicolás Barceló, MD ’15, then a fourth-year student in the UCSF School of Medicine and a key organizer of the first student-led “white coat die-in.”

Initially inspired by grand jury decisions not to indict white police officers who were involved in the deaths of two unarmed African American men, Michael Brown in Ferguson, Mo., and Eric Garner in New York City, Barceló and the other die-in organizers sought to find a constructive way to raise awareness about current issues facing the very citizens they served.

Through the power of social media, shared networks, and justice-minded peers and colleagues across the country, it took only five days for the event to spark a nationwide movement.

The hashtag #whitecoats4blacklives was born, catalyzing over 3,000 students and 80 medical schools across the country to participate in the movement, which aimed to bring attention to the impact of racial disparities in health care. Their message was one of solidarity and communicated that health care professionals must confront police violence and institutionalized racism.

“As health professional students, we really want to emphasize the fact that what happens in the community bears relation to what happens in our work,” Barceló said at the time. “The context in which our patients live contextualizes the type of care we need to provide.”

As a co-founder of the national White Coats for Black Lives movement, he used his knowledge and training to serve the community through political activism and community organizing. He also was the die-in event’s keynote speaker at the UCSF campus.

“Ultimately, we want to improve relations between our institutions and the communities we serve,” he said.

Previously, Barceló attended Stanford University and spent several years working in international development and volunteering for Barack Obama’s presidential campaign. He is currently completing a residency in psychiatry at the UCLA Semel Institute for Neuroscience and Human Behavior.

Dr. Barceló was awarded a UCSF Campaign Alumni Award in “The Pathfinders” category. The award honors those who have graduated or completed training within the last 10 years (2009 – 2019). These individuals are relentless in their pursuit of new ideas that push the boundaries of science and health care. 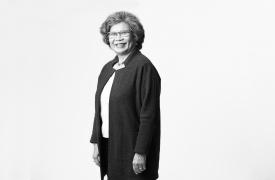 Dedicated to advocating for aging populations 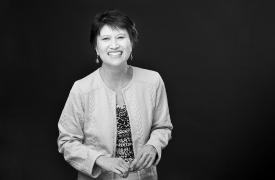