Soon after graduating from UCSF, Jennie Chin Hansen, MS ’71, worked as a rural health nurse serving older adults in rural Idaho, long before the world was connected by cell phones or the internet.

She often drove for hours to visit patients in their homes and provide care. She recalls one fiercely independent older person who wished to limit her check-in visits, but had no telephone. To accommodate his desire for privacy while ensuring his health, Hansen devised a special signaling system: Every day, he would open or close his curtains to indicate his well-being, and local community members would relay those status updates to Hansen by phone.

The experience proved formative. “It was a very visceral moment for me,” she says. It was the first time she recognized how isolated and vulnerable older people can be.

The moment transformed her career and inspired her to help a constituency that often is underserved and underrepresented. She came to see providing health care not only to be about providing medical care, but also connecting and engaging with older adults to assure social connectedness.

In 1980 she went to work for On Lok, a San Francisco nonprofit devoted to providing frail, aging populations with a high quality of life, and over the next 12 years she progressed from research assistant to CEO.

After nearly 25 years, under her leadership, On Lok advanced innovation in whole person care, including its pioneering Program of All-Inclusive Care for the Elderly, which eventually expanded into federal law and a nationally replicated program, now in 31 states.  “I have a real sense of joy that this local community program could have such an impact on national policy,” Hansen says.

In 2008, Hansen became the first Asian American to serve as president of the the 38 million member AARP. During her two-year term, debate over the Affordable Care Act (ACA) was at its height. Hansen’s advocacy on behalf of aging populations was integral in advancing the statute. “I am very fortunate to have been a part of developing a federal law that opened access to health care to so many,” she says.

Hansen is still an advocate for and thought leader on health and care for older adults. “I have the incredible privilege of continuing to be engaged and involved, and I have a real commitment to mentoring a pipeline of younger talent,” Hansen says.

Her advice? “Just do that which you believe in. Be a “sensemaker” in the space where you really care and want to make things better.”

Ms. Hansen was awarded a UCSF Campaign Alumni Award in “The Audacious” category.  The award honors those who have achieved a singular, remarkable accomplishment by setting a vision so impactful that others might have doubted it could be done. 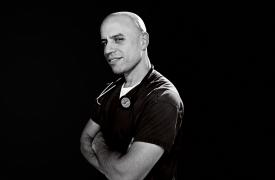 Transforming health care, one laugh at a time 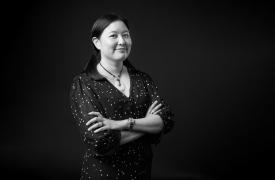 Support our advocates, caregivers, students, and scientists.
Make a Gift