Michelle Tam is focused on food, family, and fun, and her fans love her for it.

Tam didn’t set out to create the food juggernaut called Nom Nom Paleo. In fact, she was intent on enjoying the flexibility and work-life balance afforded by her position as a night pharmacist. As her family grew, from herself and her husband to a family of four, Tam found her energy flagging, her waistline expanding, and her food cravings off the charts.

After seeing her husband thrive on a Paleo dietary template, Tam committed to do the same, and the Nom Nom Paleo food blog was born. She soon won a Saveur award and a Webby award and authored two New York Times bestselling cookbooks with her husband and Nom Nom Paleo co-creator. Still, Tam is modest about her accomplishments. “Our main focus is always food, family, and fun,” she says, “I only share things that I hope are helpful and delightful to people, and useful.”

Tam credits her time at UCSF as valuable in her current career. “I think being detail oriented in pharmacy school helps me a lot in recipe creation,” she says. “Also just learning to question things, and not just taking things at face value, is something that I learned after going to UCSF.”

On the impact she wants to create with Nom Nom Paleo: “My big hope is that people will start cooking again and make it a regular routine, just like brushing their teeth and paying their taxes.” She continues, “I'm not trying to convince people to be Paleo. I just want them to be mindful of how they feel when they eat certain foods and to focus on the foods that make them feel better.”

Despite pivoting from full-time pharmacist to full-time “farmacist,” Tam remains resolute in her focus on healing and well-being. Her proudest accomplishment: “I've helped people take charge of their health by teaching them how to cook at home with real food ingredients.”

“If I meet a mom who has told me that she’s helped her kids who've struggled with different ailments get better just by cooking real food, and just bringing the family together around the dinner table, I think that's probably the most rewarding.”

Michelle Tam won a 2019 UCSF Campaign Alumni Award in “The Audacious” category. The award recognizes those who have achieved a singular, remarkable accomplishment. 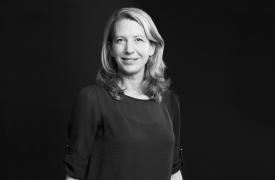 Sharing a love of science 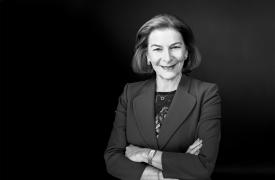 A pharmacist for all

Help to support the next generation of UCSF pharmacy innovators.
Make a Gift