Philip Darney was planning to specialize in orthopedic surgery, but then the Biafran War intervened.

Stationed in Nigeria, he witnessed malnourishment, illness, and terrible suffering in the war camps, especially among women. They always ate last – after the men, then the children – even when they were pregnant or nursing, and childbirth in the camps was dangerous and agonizing.

“I was always interested in population growth as an abstract problem,” Darney says, “but that three-month experience changed my aspirations.” Having never previously traveled outside California, Darney was inspired to become a champion of women’s health across the globe.

Medicine had been a no-brainer. His mother told him that he should be a doctor, so, in his words, “I did what she told me.” Before coming to UCSF for his medical degree, he earned a bachelor’s degree in experimental psychology at UC Berkeley, where his formative experiences included taking biochemistry from Nobel laureate Melvin Calvin and playing water polo under Olympic coach Peter Cutino. Back then, UC was tuition-free for state residents.

“I am so grateful to the University of California,” Darney says. “I had great teachers, I got a wonderful education, and I graduated without the debt today’s students have.” One way he gives back is by organizing alumni reunions and fundraising. This year, he helped his School of Medicine class of 1968 raise nearly $400,000.

Darney received his UCSF Campaign Alumni Award in “The Audacious” category, which recognizes efforts that make UCSF a world leader in reproductive health. He founded the Bixby Center for Global Reproductive Health to study abortion, contraception, and maternal health and to provide postdoctoral training through nearly 100 medical schools nationwide. He has served as scientific adviser to governments on every continent and all the major non-governmental family planning organizations.

“What I wanted to achieve most was to make the science of contraception, abortion, and family planning a respectable academic field,” says Darney, the father of three daughters. “We have really achieved that at UCSF and around the country.” What he finds most rewarding is seeing a new generation of specialists in obstetrics and gynecology taking leadership roles in reproductive health research, clinical care, and policy, even as US maternal and infant mortality rates are rising.

“The US is no longer the leader in women’s health, family planning, and environmental protection,” Darney says. “But I think we’ve created a group of nearly 400 women leaders who will keep women safe and not allow us to regress in reproductive health.”

The UCSF Campaign Alumni Awards, inaugurated in 2018, recognized 12 outstanding UCSF alumni for work that aligns with the three grand challenges of UCSF: The Campaign 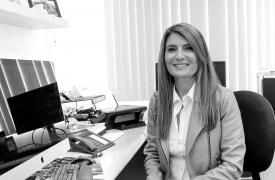 Inspiring the next generation of health leaders