Ask him today, and Dr. Peter Milgrom will call the UCSF School of Dentistry “by far one of the best dental schools in the country.” But in the turbulent late 1960s and early ’70s, he was a student activist agitating to modernize the curriculum. 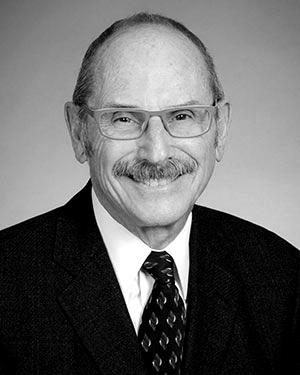 As student government president, for example, he brought in speakers on the emerging area of preventive care and organized a protest supporting an upstart program that dispatched mobile-care units to treat farmworkers.

Milgrom’s determination to improve dentistry's status quo extended through his entire career as a professor of oral health and pediatric dentistry at the University of Washington, where he focused on improving preventive care and reaching society’s most vulnerable populations. Along the way, he’s helped advance dentistry’s transformation from the so-called old “drill-and-fill” surgical approach to a public-health-informed medical perspective of teeth as “live parts of the body that can be healed.”

Notably, Milgrom’s findings at UW’s groundbreaking Dental Fears Research Clinic – which he cofounded in 1982 with psychologist Phil Weinstein – revealed systemic problems in US dental care. Often, poor access to childhood care had led to traumatic patient experiences later in life. “We realized there were strategies available in other parts of the world that weren't being used in the US,” Milgrom says. His research led to changes in American dentistry, including improved baby and early-childhood care and common use of protective varnishes.

And he never asked permission.

“When you’d come across the border from British Columbia to Washington state, they asked you whether you had any apples or cherries. They never asked if you had fluoride varnish,” he says, mischievously recounting the early activities that supplied his research.

Thanks to his more recent efforts, silver diamine fluoride, another preventive agent he discovered being used abroad, in 2016 became the first dental drug to earn the FDA’s “Breakthrough Therapy” status.

Milgrom, who received the 2012 Norton M. Ross Award for Excellence in Clinical Research, the American Dental Association’s highest research honor, calls silver diamine fluoride his biggest victory yet. He conducted research to earn regulatory approval, worked on clinical trials that led to US Food and Drug Administration approval, then lobbied insurance companies to pay for it. Today, he estimates, 30 Medicaid programs cover the cost for silver diamine fluoride treatment, and every US dental school teaches it. Now an emeritus professor, Milgrom works with UCSF and other organizations to get it approved for broader use.

“My strength seems to be in looking over the established research and realizing what was missed,” he says of his innovator honors. “Then I'm going to try to use what we know and carry it all the way from the lab to actual delivery systems.

“That’s what I mean by innovation,” he adds. “My goal is to change the standard of practice.”

Peter Milgrom won a 2020 UCSF Campaign Alumni Award in “The Innovators” category. The award honors individuals whose work has led to unexpected findings or outcomes that resulted in positive changes to the science or health care communities. 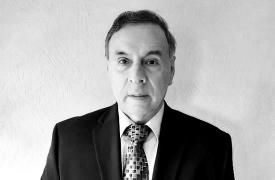 A love of science, a strong work ethic, and a desire to help others 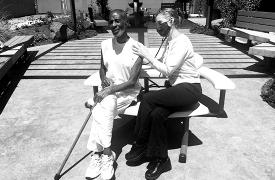 Advocating for the rights of dying prisoners

Support the next generation of dentistry pioneers.
Make a Gift