The first PhD graduate of the pharmaceutical chemistry department, Eddie Way had a long history with the UCSF School of Pharmacy.

Eddie Way was a beloved alum of the UCSF School of Pharmacy. After a long and impactful life, he passed away a few weeks before his 101st birthday on June 12, 2017.

Upon graduation, he stayed on as a teaching assistant before moving on to work first for Merck in New Jersey and then for George Washington University in Washington, D.C.

In 1952, he came “home” to UCSF. Starting as an assistant professor, he worked his way up through the ranks and served as chair of pharmacology and pharmaceutical chemistry from 1973 to 1978. Nine years later, he was named an emeritus professor.

Opioid research marked his career. He was a pioneer not only in studying opioids, but also in furthering society’s view of addiction and addicts. Way recognized early on that addiction is a disease, and that knowledge became a driving force for him in changing both attitudes and public policy.

Way was married to Madeleine Li Way from 1944 until she died in 2000; they had two children, Eric and Linette, together.

Before his death, he shared highlights from his childhood and his time at UCSF. We've included excerpts from that conversation below.

Growing up in Watsonville

“My father came over from China when he was eight years old, and by the time he was 18 he was the richest man in Watsonville. Over the course of 10 years, he and my mom had eight children. I was born in 1916. Originally, Watsonville was known for growing strawberries, but my dad started packing and drying apples; 1926 was a banner year, but my pop guessed wrong on the price of apples. We lost everything. That’s when we moved to San Francisco.”

“There are several professors I remember from when I was a student at UCSF: John Oneto, Troy Daniels, and Chauncey Leake. During the Depression, I worked outside jobs, and I had trouble keeping awake in Chauncey’s class. He was a beautiful lecturer – powerful voice. But one afternoon, Chauncey stopped lecturing and said, ‘Will someone wake up that young man?’ He bawled me out for being rude. After class, I sneaked out and ran away. Later, when I was at Merck, I got a letter from someone at George Washington University who wanted to recruit me to pharmacology. Well, my degree isn’t in pharmacology, so I tried to brush him off. Chauncey had recommended me for the job. He’s one of the few who had the greatest influence on my career.”

Proud to be a UCSF Graduate

“I have watched the School of Pharmacy come up in stature. In all my time at UCSF, I’ve observed the profession grow under each dean. The school was always number one, and it still is.” 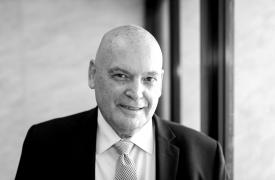 Chiseling out a place for psychiatric pharmacy 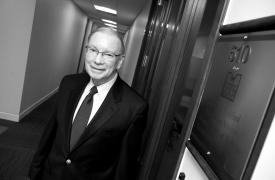 Support the next generation of UCSF pharmacists on their journeys.
Make a gift