Honoring the memory of UCSF Retirees Association (UCSFRA) founder Frances Larragueta by recognizing those individuals who further her volunteer legacy in their own work.

Presented annually at the RA Spring Luncheon, the Frances Larragueta Award for Volunteer Service honors RA members who have demonstrated a commitment to community service.

We welcome self and second-party nominations from March through April of every year. All nominees must be UCSF Retirees Association members, and nominations must include supporting documentation and at least one letter of recommendation.

A committee designated by the association’s president will evaluate each nomination.

The award is based on each nominee’s volunteer service during the previous calendar year. If a nominee has multiple volunteer activities, all of them should be verifiable. Volunteer activity is evaluated according to the following criteria:

The award consists of a certificate and $500, presented by the UCSF RA president or designee at the RA Spring Luncheon. 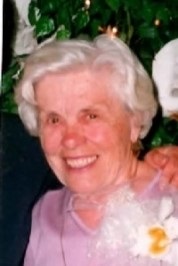 Frances Larragueta was born in Winnemucca, Nevada, on April 14, 1920. She graduated from Humboldt County High School in 1938 and from the University of Nevada in 1947. Frances moved to San Francisco in 1950 and began a 35-year career at UCSF, the last 25 as assistant dean of the School of Medicine. She served under four deans before retiring in 1982 and spearheaded the creation of the UCSF Retirees Association. Frances died in 2011 at age 90.

Meet the winners of the Frances Larragueta Award for Volunteer Service.
See the list