Melvin L. Rubin, first in his class at UCSF in 1957 and Alumnus of the Year in 2012, earned every second of his extraordinary career with intellect and kindness, except one.

He got lucky when the Army had no need for a newly trained  ophthalmologist, giving him the opportunity to complete his service at the National Institutes of Health. It would prove a life-defining job that would launch his exceptional trajectory.

As executive secretary of the training grants committee, Rubin, MD ’57, staffed people in academic ophthalmology programs all over the country. “Even though I was still wet behind the ears, I was on a first name basis on a committee with the most prominent ophthalmologists from the best schools in the nation,” he says.

The mind should boggle when we think of all of Mel’s accomplishments in his field, but I for one am not surprised,

In 1963, Rubin joined the University of Florida’s new medical school as the ophthalmology chair’s second hire. He went on to chair the department himself for 20 years. “I grew up with the department over 50 years and still go to grand rounds every week,” he says. “I know every resident and fellow ever trained here.”

Rubin’s career has had an enormous impact on his profession. He developed a test called the Ophthalmic Knowledge Assessment Program to gauge his residents’ knowledge of their specialty. So definitive and effective was the test that it became the standard for every eye residency training program in the United States and Canada – and still is.

Rubin is also a prominent writer in the field, having authored over 100 scientific publications and seven textbooks. He and co-author Benjamin Milder, MD, received an “Ammy” – the best medical book of the year from the American Medical Writers Association – for The Fine Art of Prescribing Glasses without Making a Spectacle of Yourself. He credits his son, who went on to write the screenplay for “Groundhog Day,” for the title.

“The mind should boggle when we think of all of Mel’s accomplishments in his field, but I for one am not surprised,” according to classmate Richard Russell, MD ’57. “Mel was destined for greatness, a being sent to us from a different realm – a better one, I guess.” 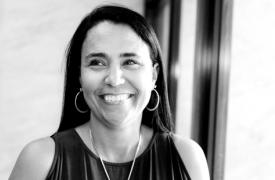 Caring for kids, inside and out 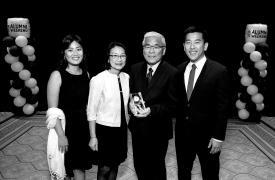 Help to support the next generation of health and science visionaries.
Make a gift