Marc Schenker, MD ’73, MPH : Health and justice for all

The Medical Alumni Association executive council is honored to announce the 2018 Alumnus of the Year recipient: Marc Schenker, MD ’73, MPH. Dr. Schenker received his award at the Medicine Alumni Dinner during Alumni Weekend on June 2, 2018.

After earning his medical degree at UCSF, pursuing pulmonary medicine as a subspecialty led Marc Schenker into places and cultures that he otherwise might never have encountered – from groundbreaking studies in immigrant health and work on global migration with the United Nations to a new study on the health of hundreds of thousands of workers in the cannabis industry.

Though he recently retired from his role as Distinguished Professor of Public Health Sciences and Medicine at UC Davis, he’s as busy as ever – and still making a difference in the health of vulnerable populations around the world.

Schenker, who grew up in Los Angeles, was always interested in science and technology and thought he’d become an engineer. But by the time he arrived at UC Berkeley for undergraduate studies, he’d realized that engineering didn’t provide enough human interaction. He decided to pursue medicine instead and came to UCSF after graduating from Berkeley in 1969.

He calls his UCSF years “an intense, focused, and beautiful time,” during which he and his small, close cohort of classmates acquired a lot of knowledge but also grappled with the growing social consciousness movement – with San Francisco at its epicenter – that gripped the nation.

“As medical students, we had to think about the anti-war movement, civil rights, and racism and apply that to the medicine we were learning to practice,” he says.

Schenker completed an internal medicine residency at Boston University, where he was chief medical resident, then began a pulmonary fellowship at Harvard University.

As he started working more closely with patients, he noticed how many were suffering from preventable diseases caused by smoking as well as occupational hazards such as asbestos. “I thought about how we were spending money and energy treating things we could effectively prevent. Cigarette smoking, the predominant cause of lung disease, is not a genetic disorder but a social phenomenon.”

UC Davis is well known for its agricultural focus, and Schenker began to comprehend the unique health hazards that the agriculture industry posed – and that immigrant workers were most at risk. He led the first significant study on pregnancy outcomes among immigrant farm workers.

“That study opened my eyes to immigrant health,” he says. “There are a lot of factors at work that negatively impact these women. And it’s usually worse if the women are undocumented because they rarely access preventive care, have low vaccination rates, and are discriminated against in many ways.”

Serving as chair of the Department of Public Health Sciences and founder of the Center for Occupational and Environmental Health and the Western Center for Agricultural Health and Safety at UC Davis, he studied how immigrants are disproportionately affected by chronic diseases, obesity, exposure to hazards, and stress – and ways to improve health outcomes, change policy, and achieve justice for immigrants of all ages.

“Marc has worked tirelessly to change policies and laws that perpetuate the status quo,” says Claire Brindis, DrPH, director of the UCSF Philip R. Lee Institute for Health Policy Studies. “This has included conducting policy briefings in Sacramento and Washington, DC, as well as writing policy briefs and articles and meeting with leaders of national and international organizations to advance his lifelong goal of improving the health and working conditions of immigrants.”

“This has been incredibly fulfilling work,” Schenker says. “I’ve been privileged to get to know and understand immigrant workers and lecture nationally and internationally on this subject. I just try to make an impact.”

Through these efforts he also met his wife, medical anthropologist Xochitl Castañeda, director of the Health Initiative of the Americas at the UC Berkeley School of Public Health. Together they founded the Migration and Health Research Center at UC Davis, and in 2017 they jointly delivered the UCSF Division of Occupational and Environmental Medicine’s honorary Alice Hamilton Lecture, speaking on “The Occupational Health of Immigrant Workers: What an Internist Needs to Know.”

Schenker retired in June 2017, but he’s not slowing down; it’s just given him more time to focus on his highest priorities.

He’s been involved with drafting the United Nations Global Compact on Migration. He serves on the UCSF Medical Alumni Association board. He’s co-chair of the diabetes subgroup of the UC-Mexico Health Initiative. And in recent months, he presented at an environmental health conference in South Korea; spoke at a disease control-priorities conference in Mexico; and gave free lectures on health, global migration, and climate change in Nepal.

“Retirement has changed the schedule but not the effort,” he says.

As he travels, he carves out time to visit his three daughters – Yael Schenker, MD ’04, a UCSF graduate; Hilary; and Phoebe – and his five beloved grandchildren.

He also has more time for hobbies, especially photography. In 2015, his photographs of Mexico were exhibited at the Consulate General of Mexico in Sacramento and published as a book, Magical Mexico: People, Tradition, and Color.

“This was an effort to dispel stereotypes about Mexicans and Mexico, a beautiful, rich, and diverse country,” he says. These photos, and many more, are featured on marcschenker.com.

Schenker says UCSF will always be a special place for him: “UCSF gave me focus; it was the foundation of my professional career.”

It’s a career that has impacted thousands of lives – from trainees to patients from all walks of life. “I believe strongly in working to make changes happen – research is not enough,” he says. “It’s not easy, but as physicians and faculty members, we can and should do more for public service and engagement.” 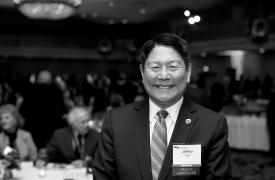 A focus on service 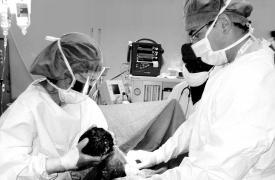 Providing care around the globe