Ifeyinwa Asiodu uncovered the importance of social media as a key driver of connection and change for Black mothers.

After three years as a critical care nurse, Ifeyinwa Asiodu knew she wanted to go back to school. Less clear was what to study – until her passion for tackling maternal and infant health disparities affecting Black communities was ignited at UCSF’s Summer Research Training Program.

She soon homed in on the breastfeeding inequities she observed as a public health nurse in San Mateo County’s Black Infant Health program: “Nine out of 10 of our clients said they were hoping to breastfeed,” says Asiodu, an assistant professor in the UCSF Department of Family Health Care Nursing. “But there were barriers.”

The challenges her clients faced included living in communities where formula feeding was more normalized than breastfeeding; having to go back to school or work shortly after giving birth; working for employers who offered limited or no lactation accommodations; and seeing health providers who were less likely to talk about the benefits of breastfeeding with Black women than any other population.

To better understand and address those disparities, Asiodu returned to UCSF to earn her MS and PhD, recruiting pregnant Black women for her dissertation research. What was the most important educational resource they used during pregnancy? she asked them. “I expected it to be a book or pamphlet. Everyone pulled out their phones.”

Her findings, published in the Journal of Obstetric, Gynecologic, and Neonatal Nursing in 2015, were among the first highlighting the importance of social media use by first-time Black mothers. Online, says Asiodu, they found support, information, and “women who looked like them who were breastfeeding.”

She dove into social media to shift the narrative about lactation, highlighting the contributions of Black board-certified lactation consultants and the importance of diversifying lactation specialists. Asiodu also advocates on other health equity issues affecting Black communities and birth workers. “I really appreciate the opportunity to engage, educate, and communicate,” she says.

During the pandemic, social media became an even more vital lifeline for Asiodu: “Before, we would recruit study participants at community support groups, hospitals, clinics, but suddenly there wasn’t in-person activity. Being able to engage with pregnant and postpartum people through social media in real time allowed us to continue our work.” 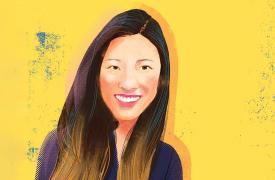 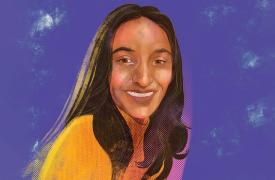 Podcasting a road map for the PharmD journey 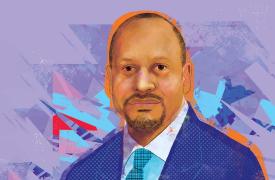 The man who would not be silenced 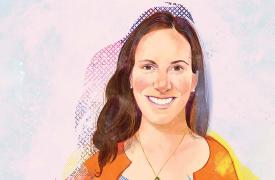