Casey Jones, MS ’16 : Heeding – and following – the call of nursing

Casey Jones has seen the world. He’s circumnavigated the planet, spent three years as a scuba instructor in Mexico, and served in the Peace Corps and AmeriCorps.

Now he’s pursuing a long-held dream of working as a nurse in Africa, lecturing in a new bachelor of nursing science program and providing care in a rural hospital that lacks critical infrastructure.

Working in a free clinic really captured my heart. I started to think seriously about nursing school.

Jones started out in the liberal arts, earning a degree in Spanish from Knox College, which included a year studying abroad in Barcelona. Then the Peace Corps sent him to Guatemala, where he worked on an agroforestry project.

“Language was a way for me to see the world,” he says. Returning to the U.S., he spent 20 years in a variety of jobs: bread baker, composting specialist, and free clinic coordinator in Oregon.

“The work in the free clinic really captured my heart,” he says. “I started to think seriously about nursing school.” Jones did his diving stint in Mexico before making that big commitment, then attended Linfield College in Oregon to complete his BS in nursing. For the next 10 years, he thrived on working as a cardiac ICU nurse at a Level I trauma center, where he found himself increasingly attracted to palliative care.

“I assisted many patients and families who needed help accepting that death was coming,” he says. UCSF’s palliative care nursing minor prompted him to complete a master of science degree as an adult gerontology clinical nurse specialist in critical care and trauma.

In Arua, Uganda, Jones served as one of four UCSF alumni working in Africa through the Global Health Service Partnership, a capacity-building collaboration of the Peace Corps, the U.S. President’s Emergency Plan for AIDS Relief, and Seed Global Health.

Along with learning the local dialect and cooking local cuisine, he continues his quest to explore more of the world, from its heights (climbing Mount Kilimanjaro) to its depths (scuba diving in Lake Malawi). 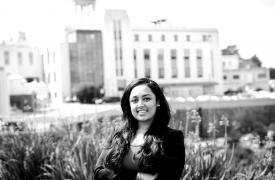 A lifelong commitment to caring 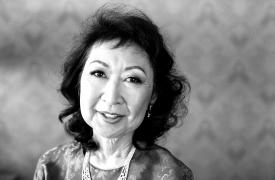 Once a nurse, always a nurse

Support the next generation of UCSF nursing students.
Make a gift