Carrie Tsai draws on her education in dentistry, public health, and sociology to combat sugar-filled food and drinks.

Dentists are well known for “telling patients how to avoid dental decay: ‘Don’t eat that, do this,’” says Carrie Tsai, DMD, MPH.

A more effective, lasting approach – one that melds her education in dentistry, public health, and sociology – is “improving the food environment to improve oral health,” says Tsai, who completed her pediatric dentistry residency at UCSF in 2013. Today, she is on the faculty at Sydney Dental School at the University of Sydney in Australia and a staff specialist at the Sydney Dental Hospital.

Her target is heavily-processed, sugar-laden food and drinks, which are often cheaper for consumers, hyperpalatable, highly-promoted – and associated with diabetes, obesity, and tooth decay. “Oftentimes, what’s bad for the mouth is bad for the overall body,” Tsai says.

A California native, Tsai has sought to combine research with advocacy near her new home in Sydney. She started by conducting food and beverage audits to assess the “four Ps” – product, placement, promotion, and pricing – at local hospitals, as well as at Australian Catholic University. Her findings and discussions with stakeholders led to a new policy – the replacement of sugar-sweetened beverages with healthier options in vending machines at the university’s seven campuses.

“There was pushback,” she concedes. “We needed to build community support and buy-in, and did so through a simultaneous health promotion campaign. It’s not about simply taking things away, but also about making healthier options the easy choice.”

During her residency, Tsai participated in the UCSF Global Health Sciences Clinical Scholars Program. For her immersion experience with the program, she investigated the role that nurses in Roatan, Honduras, could play in childhood oral health – delivering dental counseling and applying fluoride varnish during immunization visits by children less than 5 years old, “an age group that often hasn’t had their first dental visit,” Tsai says.

Her subsequent research, published in Community Dentistry and Oral Epidemiology, reviewed practices that lead to successful oral health outcomes for Indigenous populations. “Dental disease rates are often higher among socioeconomically disadvantaged groups,” she explains, “including many Indigenous populations globally, which is why community-informed health promotion is particularly important for these communities.”

Her findings suggest that programs are more successful when Indigenous stakeholders are involved in their development and when they are comprehensive. “Because health is intertwined with housing, the environment, poverty, food security,” Tsai says, “we need to address these larger issues to improve oral health.” 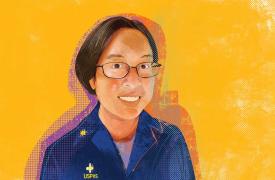 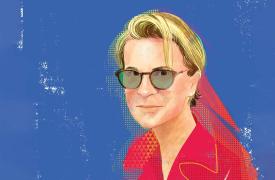 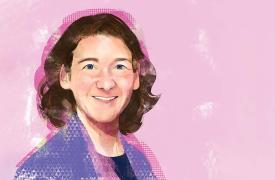 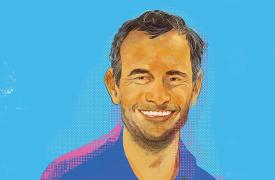